This Week in NFT News (Ep 30) leads off with a discussion about market data. Creatorious Rex and Skot Leach today break down recent data released by Dapp Radar based on February analysis with a look back to summer 2021. Dapp Radar zeroes in on the three key application categories of cryptocurrency beyond the holding and transaction features. DeFi remains the most popular of the applications on a monthly active wallet basis followed by Games. In a distant third, we find NFTs. So, as much attention as NFTs have gained, it is still relatively niche, even in the crypto world, compared to other application categories in finance and games. In fact, DeFi often includes gamification elements, so entertainment might really be the killer app beyond the store of value. 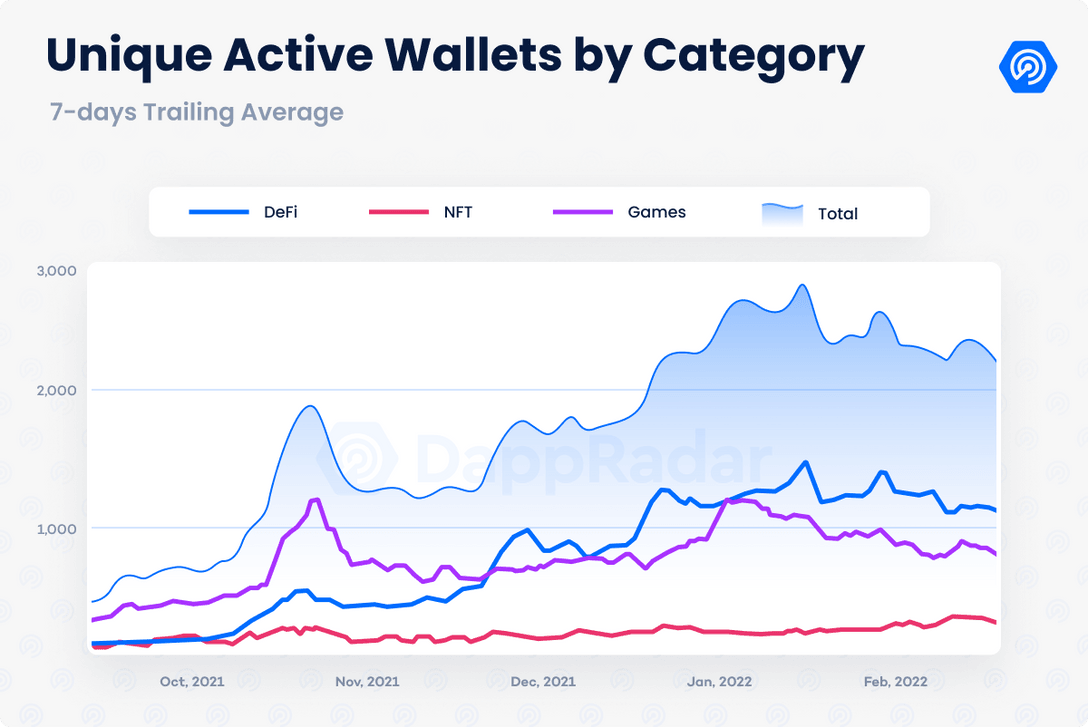 We also have updates from World of Women and their bid deal with the Sandbox. They are getting $25 million over five years from Animoca Brands to build a big presence in the firm’s biggest metaverse investment. VeeFriends also offered up some news (as they so frequently do) with more details around the Series 2 launch. Book token holders and VeeFriends Series 1 holder look to have a big advantage in accessing Series 2. Skot goes into detail around the project mechanics.

In addition, we discuss Bored Ape Yacht Club’s recent request of its holders to go through a KYC process. This was not received well by many BAYC token holders as there was zero information offered around what they would receive in return and there was very little around how the data will be protected. So, they took to the BAYC Discord server and to Twitter to complain about the Web2 maneuver by the Web3 innovator.

On the brand front this week we discuss a logical move by DC Comics to bring out NFTs for some the most popular superhero series and a collaboration between Billboard and Universal Music to generate new NFTs around recording artists. We also discuss chef Christian Petroni’s move to integrate NFTs into his real-world events.